What Are Female Cats Called? (Not What Most Think) 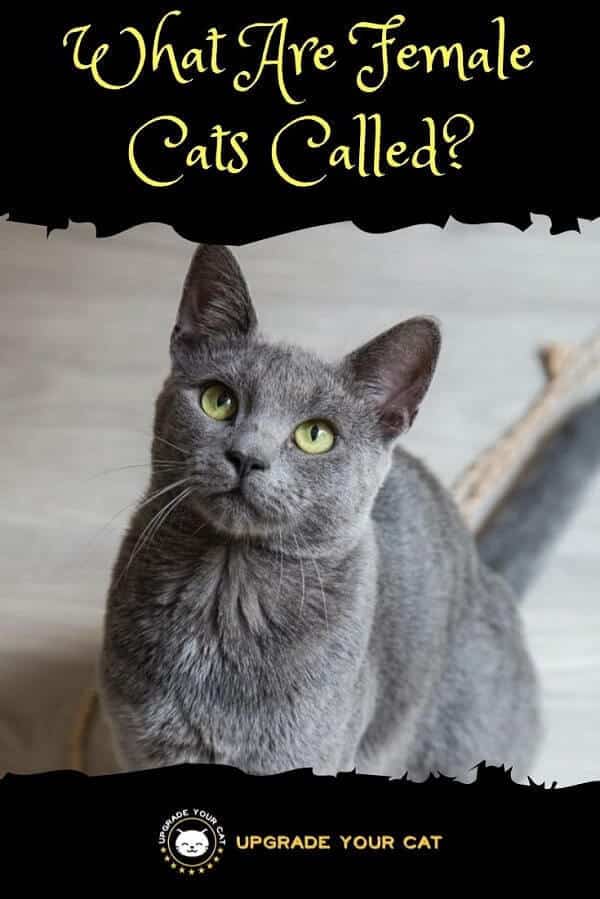 What are female cats called? It’s not that crazy of a question, in fact, a lot of people – and this includes cat owners – are not actually aware of the proper name for a female cat.

A female cat is called a Molly.

Did you know that? I’ve owned cats for most of my life (a long time), and I didn’t know this until a friend bought it up as some trivia recently.

I looked into it, and he was right!

Being the cat-enthusiast and inquisitive person that I am I decided to put together a glossary of other cat terms.

Maybe some of the below will come as a surprise to you and help you brush up on your cat trivia too!

Clowder – the collective name for a group of cats.

Feral – a wild cat that has never been domesticated and lives out in the wild.

Kitten – a young cat. A cat is typically a kitten until they reach maturity, which is around 6 months of age for most breeds.

Moggy – the term for a mixed breed of cat, but also a slang term commonly used instead of the word cat.

Pedigree – a term for a cat belonging to a particular breed with a family tree registered with the appropriate regulatory body.

Stary – a cat that no longer has as home but was once domesticated. This is the main difference between a stray and a feral cat, feral cats have never had a home.

Queen – a term for a female cat that has not been spayed and typically used to describe a cat expecting kittens. This term tends to be more popular in some countries, such as England.