What Do You Call a Group of Cats? 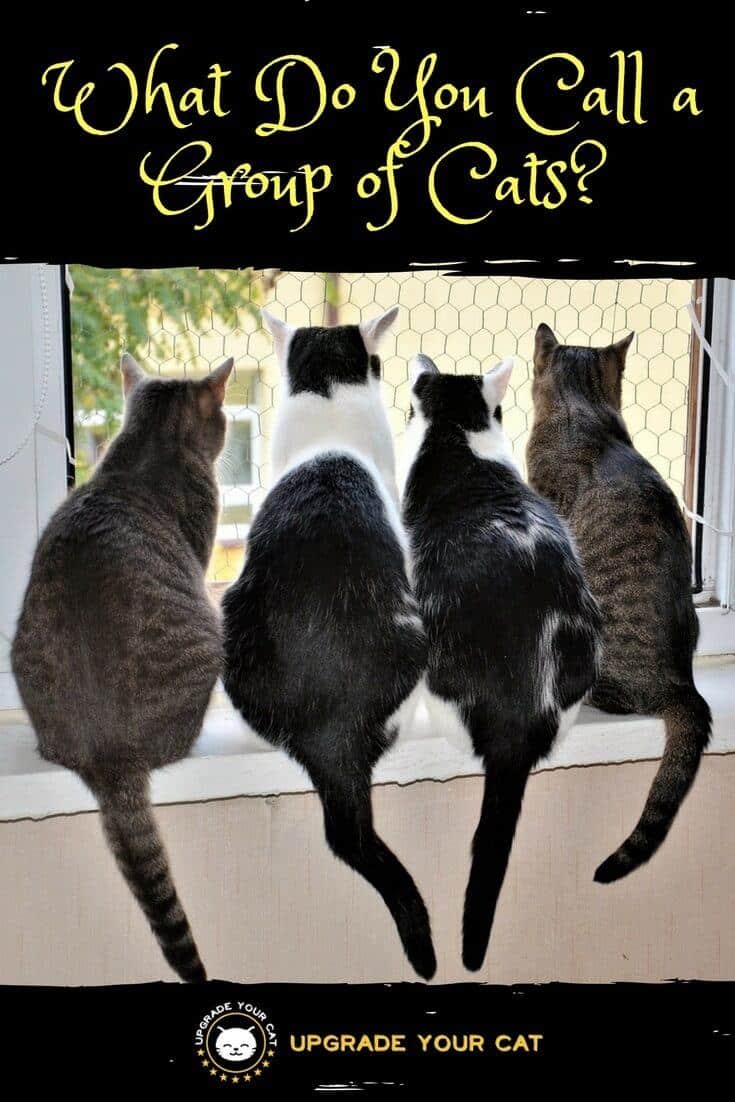 What do you call a group of cats? What is a herd of cats called? These are interesting questions that have unusual nouns as answers.

I love this topic because there are some interesting collective nouns to describe groups of different animals.

Did you know a group of grasshoppers is called a cloud for example? I love that one.

Or, that a group of gibbons is called a troop?

So, what is the collective name for cats? – A clowder.

The dictionary definition of clowder is:

A group or cluster of cats.

It’s not that well known, which is why this question comes up in quizzes and debates. So, I don’t blame you for not having heard of the word, clowder.

I hadn’t either until the question came up with friends and I decided to look into what a group of cats is called.

There are some other words used to describe a group, collective, and bunch of cats too, you can use;

How Many Cats Do You Need to Make a Clowder?

Seeing as one cat is just called a cat, and two cats are a pair of cats. Three and above seems the sensible answer.

So, next time you see three or more cats within close proximity of each other you can refer to them as a clowder of cats and impress your friends!

What Do You Call a Group of Kittens?

There are also some common nouns to describe a group of kittens. You can use:

How Many Cats Can a Clowder Have?

Honestly, I can’t find a conclusive answer to the question of how many cats can be in a clowder. I think we can safely say any amount!

Other Names to Describe a Group or Pack of Cats

Are there any other names used to describe a group of cats you know about that I’ve missed or you’d like mentioned here?

Personally, I think we can all have some fun with this. If you want to refer to a group of cats with a word that describes them then go with it. How about:

I know when I’ve had a litter of kittens growing up in my home it’s felt like I was dealing with a mob or a posse at times!

Prefer videos over reading? I do too sometimes, I’ve got you covered:

As always, any feedback, comments and questions are welcome!