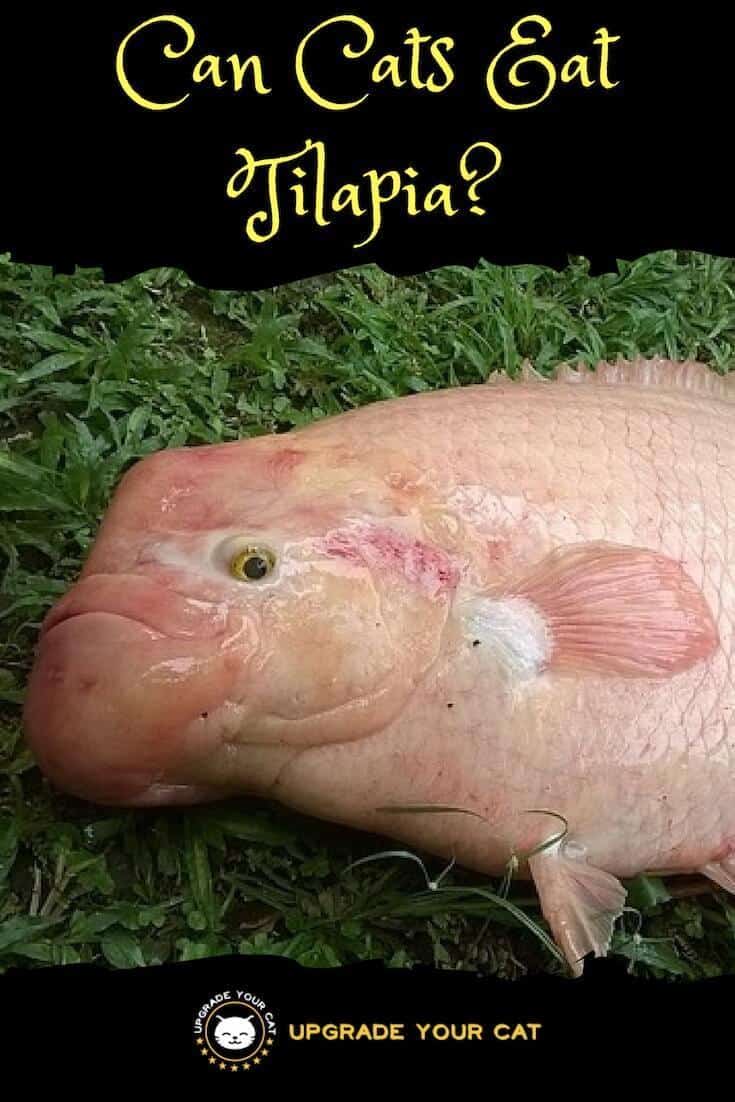 Can Cats Eat Tilapia? After all, it’s no secret that cats love fish and fishy-tasting foods so it seems like a good idea to pass your kitty your leftovers, doesn’t it?

Tilapia is an affordable, delicious (at least I think so) fish packed with good nutritional content like protein, vitamins, minerals, omega-3 fatty acids.

So it’s fair to assume that it’s safe for your cat. It’s not quite as simple as that, however, so before you give in to those big, cute eyes staring at your plate – there is some important information in this article.

What Is Tilapia – How Healthy Is This Fish?

Tilapia is a popular fish in the US. In fact, it was in the top 5 most popular fishes consumed in 2016, and I think it’s fair to assume it’s still top five now.

This is largely due to Tilapia being quick and easy to grow and farm. It’s one of the less expensive fishes, and it doesn’t have a strong fishy taste or smell – which puts a lot of people off fish.

On the nutrition side, it’s a great source of protein and has a low-fat content. It’s also fairly low in sodium, which of course is not good for cats, and importantly it doesn’t contain nitrates which have been linked to cancer.

An area where Tilapia has received some bad press in the past is because it’s higher in omega-6 fatty acids than omega-3.

It still has a healthy amount of omega-3 fatty acids, however, which are good for joints, vision, and heart health. More than most meats, and overall is a much healthier option than red or processed meats.

Yes – but only as an occasional treat.

Tilapia, like a lot of fish, does provide some excellent nutrition. And, of course, your cat is going to love it and love you all the more for sharing some.

Even though we associate cats with eating fish, they wouldn’t eat a lot of fish in the wild. Cats are actually pretty bad at catching fish, it’s mostly game meat like birds and rodents make up most of their diet in the wild.

With that said, another important factor when considering tilapia is that it’s one of the spices of fish that is low in mercury. So, along with salmon, haddock, cod, pollock, and sole which are also low in mercury.

So, Tilapia is definitely safer than some of the other fish species that are readily available. But please keep in mind that you should only give them a little bit as an occasional treat as it’s still nowhere near as healthy as their cat food which is specially formulated to provide a wide range of balanced nutrition.

How Much Tilapia Can a Cat Eat?

Well, this is quite the question isn’t it, because I’m sure there are plenty of greedy cats out there that would eat more than you or I would in one sitting!

Jokes aside, personally, I wouldn’t give my cat more than a small piece cut off when I’m serving myself some. Or the scraps and leftovers.

Don’t forget to make sure there are no bones too! Small fish bones can be potentially fatal to cats.

Cats are not good at avoiding eating bones. They’d much rather just chew through them. Which is a lot easier with big bones, believe it or not, it’s the small bones that can get stuck in their throats and digestive system.

So, in summary, I would only give your cat a little of your leftovers when you’re eating tilapia as a treat to put a smile on their faces. That should be more than enough to give them a treat and a little variation in their diet without doing any harm.

If you’re interested in learning whether or not cats can eat some of the other foods we commonly eat, please check out some of my other researched posts; can cats eat tuna, bread, bananas, shrimp, refried beans, and loads more in the blog.