The Cat Middening Solution That Worked for Me (And My Cat) 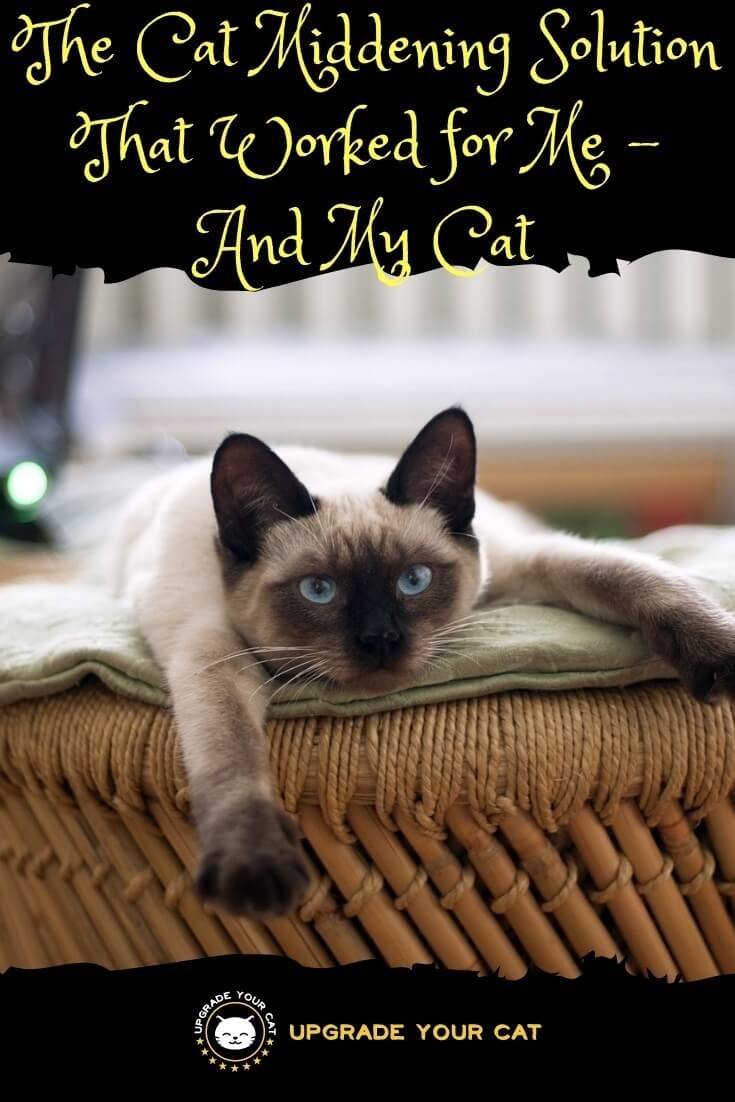 When discussing cat behavioural problems with other cat owners something that comes up fairly often is cat defecation issues. More specifically the need for a cat middening solution.

Cat defecation issues aren’t really common, at least not the kind that are persistent and can’t be corrected with some litter box training. And middening specifically is quite rare with domestic indoor cats.

But for any cat owners dealing with either of these issues, there is an urgent need for a solution that works. Because let’s be honest, finding cat poop over and over around your home is one of the worst kinds of surprises.

Hopefully, by sharing my story of how I adopted a cat with a middening problem, and the cat middening solution that worked for me – I’ll help some of my readers dealing with their own defecation behavioral issues.

What Is Middening and How Is It Different from General Defecation Issues?

First, let me help clear up why Middening is different from most of the general defecation issues cats have. Middening is when a cat is leaving poop around your home as a way of marking the territory.

They are not pooping outside of their litter box due to a medical issue, a problem with the litter, location of the box, or any of the other common reasons why a cat stops using their box.

Make no mistake, they are leaving poop in visible, high traffic locations around your home deliberately to mark the area.

They do this in visible areas to make sure other cats do not miss their poop. From our perspective, it’s good that they are not hiding it in the laundry, under a rug or any other places a naughty cat will try and hide a poop.

But it doesn’t make the issue any easier to deal with. You’re still finding smelly stools on your floor. Or worse, in locations where it’s harder to clean up like on top a cupboard, on your bed, and so on.

So the main distinction between middening and another pooping issue is that your cat is deliberately pooping in visible areas to mark it with their scent and send a message to other cats. 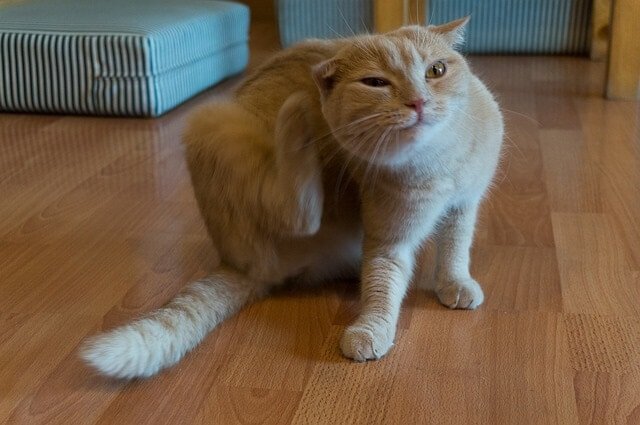 As I mentioned above, I adopted a kitten around 8 months old a few years ago and although she was social, happy, and comfortable in my home from the off-set, she was middening daily.

Yet, when I went downstairs there was some poop on the bottom step. I looked in her litter box and she had urinated in there, so she knew where the box was and was happy with the litter.

I figured it was just a settling in thing. But it happened the next night and the next night, and this went on for a week or so. She would always poop near the front door, around the bottom of my stairs, or in the kitchen doorway.

All spots where everyone in the house needed to pass often. I had my suspicions this was middening, but I took her to my vet for a checkup and to get their advice.

My vet confirmed what all the evidence was pointing to. She was middening!

My vet talked me through some of the options and things that she has seen work for other cat owners dealing with a similar problem. She mentioned products, behavioral experts, some tips involving limiting where my cat could go at night, and so on.

Now, I decided to try the cheapest and simplest solution my vet recommended first as this seemed a good place to start – a plug-in diffuser that releases pheromones to ‘mimic’ the chemicals cats release when they are relaxed and comfortable.

These sprays and diffusers are more commonly used to calm aggressive cats in multi-cat households and stop other litter box issues caused by anxiety and stress. I’d heard about them but never had to use one before.

I started reading loads of customer testimonials and asked if anyone had used these products in some cat owner groups I’m in to check they are 100% safe. Which they are. I saw mostly positive feedback and read some stories about how these diffusers helped other people with similar problems.

I read a couple of comments that it made no difference. Mixed results are normal for any products or techniques to try and correct resolve a behavioral problem in my experience. Cats are individuals and you can never be 100% how they are going to react, so don’t take my experience as a guarantee by any measure.

However, I’m elated to report that the Feliway diffuser worked for me!

I actually noticed a change in my kitten’s behavior within 3-4 hours of plugging it in. She was acting curiously in the room it was plugged in. I could see she was more relaxed, and she was spending a lot of time carefully investigating everything in the room.

The next morning I came downstairs expecting to see the normal ‘present’…. but nothing.

I checked all the usual spots I’d find a poop. Nothing. I double checked, checked all over in case the plugin made her decide to find somewhere more discreet… nothing!

The diffusers say they last 30 days, but I think it was more like 25 days for me. I had a pack of two and just ran them back-to-back. Even though the middening had stopped immediately, and there was only one accident within the first month, I wanted to be absolutely sure, and I had two anyway so I figured I might as well use them.

Here’s the exact product I used: 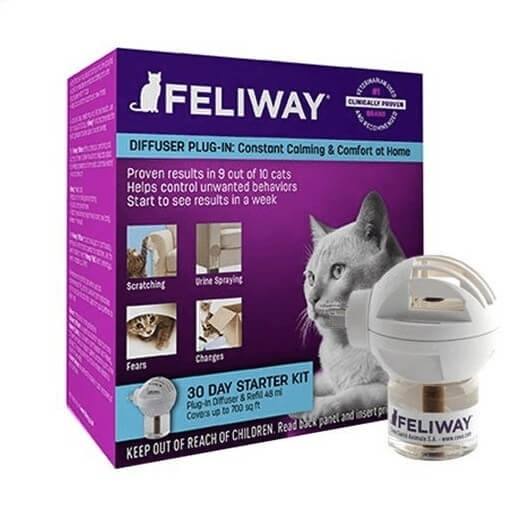 I’ve added a link to see it on Amazon below so you can read customer feedback and check availability in your region for yourself.

I’ve also found a spray at a good price over at BudgetPetCare.com if you’d prefer to spray areas in your home that your cat is marking or pooping: 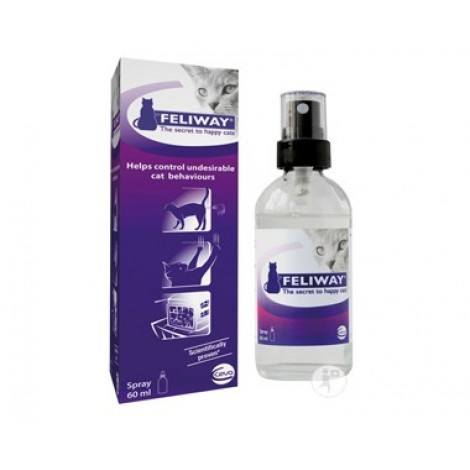 Have you used Feliway or another brand of diffuser that is designed to calm cats and help resolve issues due to them being stressed, anxious, or any of the other reasons discussed in this article?

Maybe this didn’t work and you have another cat middening solution you can share with me and the community? I’d love to hear about it.

I know everyone isn’t as fortunate as I was to have the first thing they try work out. Cat behavioral issues and middening in particular can be a difficult habit to correct. All I can suggest is to be patient and keep trying until you get to the solution you’re after.

It’s always worth it when you’re living in harmony have a happy and content cat!