If you’re scratching your head asking yourself why won’t my cat drink out of her water bowl when she’s happy to drink from the toilet or dirty puddles outside you’re not alone!

Cats can be very particular when it comes to choosing where they drink water.

Some form certain habits they stick to, some seem to spend more time playing with their drink than drinking it, while others will suddenly decide to stop drinking from their bowl.

There is still a lot of mystery around why some cats are fussy about their water. There are however some things you can do to encourage them to drink more and get them back to drinking from their bowl as I’ll explain in this article.

How Long Can Cats Go Without Water?

If you have noticed your cat has stopped drinking you need to put their health first. Cat’s can go around 3 days without drinking water before they become seriously ill.

If you suspect they have stopped drinking altogether however, I suggest taking them to a vet if you think they are approaching 48 hours without any water.

There might be a medical reason and time is of the essence. This article is aimed at helping you get your cat drinking from their bowl again, and not the toilet, faucet, or other less desirable locations!

Cat Has Stopped Drinking from Bowl – What to Do? 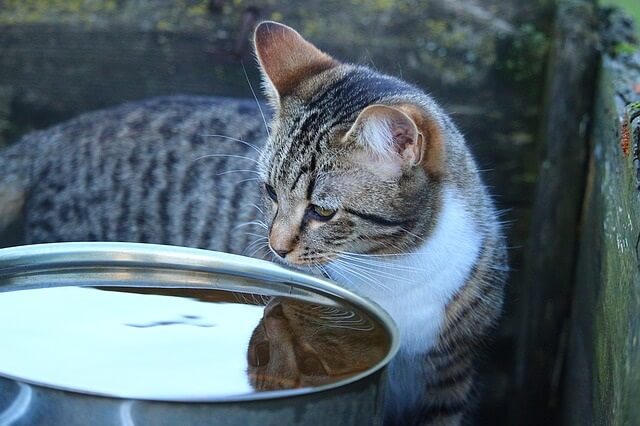 If your cat used to drink from their bowl and has suddenly stopped, there are a few things I can suggest that might help:

This is a simple solution that often works. Some cats will suddenly decide they no longer want to drink from the same spot they’ve been drinking from for weeks, months or more.

Find somewhere nice and quiet, free from dust, lead them to the bowl a few times at its new location and see if they start drinking again.

It’s a good idea to place two or more bowls in different locations to speed up the process and increase the chance they will start drinking.

Add a Couple of Ice Cubes to Cool the Water

It may be the temperature of the water putting your cat off. Add a couple of ice cubes to cool it a little and see if this makes a difference.

I know this is a possible solution because a friend had to do this last summer. She stopped adding the ice when the weather cooled and her cat carried on drinking the water. 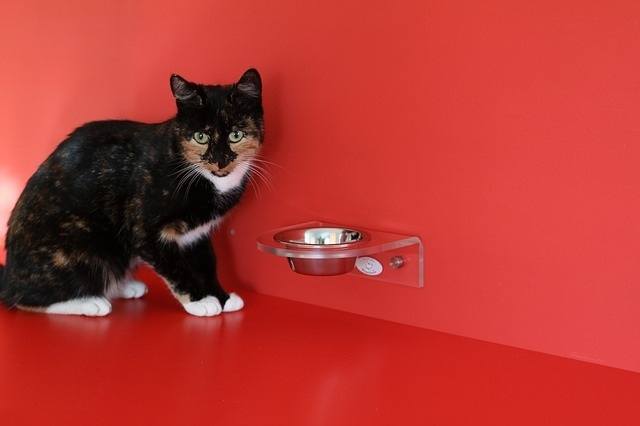 The size, shape, and material of a cat’s bowl can all be determining factors in whether or not your cat enjoys drinking from it.

Some cats don’t like their whiskers to touch the sides of the bowl when they are drinking. Or if they have long fur and are getting a wet face this could be annoying them.

Try a larger bowl and maybe pick one with a stand so it’s raised off the floor a little to make drinking from it easier.

Their bowl may be affecting the taste of the water too. Ceramic, plastic, and metal are the three most common types of bowl. Try switching it up from whichever you’re currently using.

I’ve only mentioned them last because it’s the most expensive solution (although they aren’t that costly), some require a power source, and you may not want one.

Although we can’t be 100% sure why most cats prefer running water, it’s likely because it tastes fresher, they like the sound of water, and in the wild, it would be safer to drink running water.

This Catit Fountain below is a popular model and will almost certainly get your cat drinking again:

My Cat Only Drinks from the Faucet – How to Stop This? 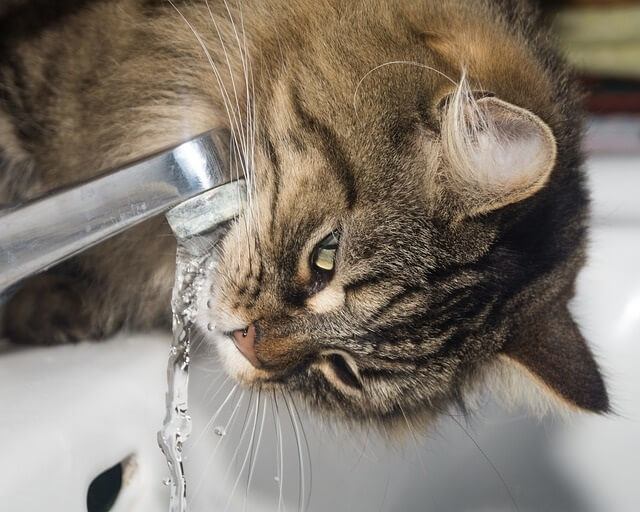 As I mentioned above, it’s instinctual for cats to drink running water. They love the sound, feel, and taste of running water and will often run to a running tap.

To stop them drinking from a faucet you can get them their own cat fountain. This will provide running water whenever they are thirsty, and seeing as it’s the water they are after not the tap this should do the trick.

If you have a dripping faucet get a stopper or fix it so it stops dripping. Otherwise, it’s going to be too tempting for your kitty to play with the water or drink it.

Why Do Cats like to Drink out of Glasses?

It’s no secret that most cats like to drink out of glasses. You may have found this out after leaving a glass within their reach only to see them lapping up some of your drink.

This might sound crazy, but if your cat seems more interested in drinking whatever you’re drinking rather than from their own bowl try giving them a glass of water.

If your cat isn’t drinking enough you need to do whatever it takes to get them drinking again. If giving them their own glass of water is that it takes, so be it.

My Cat Stares at Water but Won’t Drink

This is usually an indication that your cat wants to drink but something is putting them off from their drinking bowl.

Hopefully one or more of the tips in this article will provide the solution. I’ve never met a cat that wouldn’t drink from their bowl, it’s just a matter of finding out what the prefer. So, don’t panic.

Some General Tips to Encourage Your Cat to Drink More 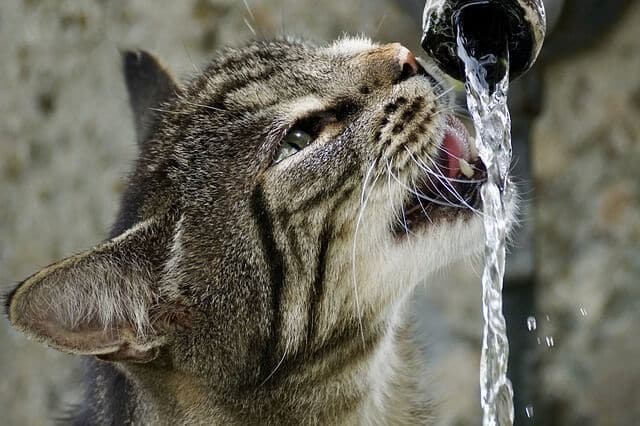 Once you’ve figured out the little personality quirks and preferences of your cat’s drinking habits there are a few things you should be doing to keep them happy and drinking plenty:

I think I’ve covered all the problems and solutions I’ve come across with my cats and their drinking issues over the years, and some stuff I’ve discussed with other cat owners.

I can’t stress enough how important it is to keep an eye on the health of your cat. If you think they aren’t drinking at all please get them to a vet ASAP.

If there is just an issue getting them to drink from their bowl then hopefully one of the tips above will work to get them drinking again so you can stop worrying.