Ever wondered, what do cats do all day at home while you’re out at work?

The answer to this question varies from cat to cat. Some are extremely lazy and will almost sleep the entire time you’re out (who can blame them hah), while some go about their daily ‘chores’ as I’ll explain in this article.

Ever noticed how cats look into different rooms or pace around throughout the day when you’re there? Often asking to go into rooms they have no reason to go into?

Cats map out their surroundings in their minds. They like to then do their ‘rounds’ and check what’s moved, what’s new, and investigate anything that’s changed since the last time they checked.

They Mark Their Territory with Their Scent

Cat’s also leave their scent everywhere they do when they are doing their rounds. You may have also seen them doing this without paying much attention.

When they rub against items of furniture with their bodies, their mouths, or roll around they are leaving their scent to make any other cats aware your house is actually theirs. 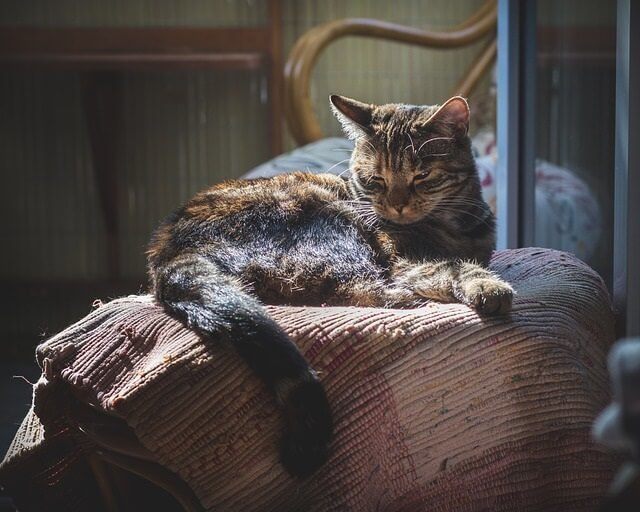 Cats sleep between 12-16 hours a day on average. Indoor cats that a left alone all day will often sleep more, and spend most of this time sleeping (who can blame them).

If your cat bothers you at night when you’re trying to sleep, it’s usually because they slept all day and want to play.

They Stare out of the Window and Daydream

Ok, I’m not sure about the daydreaming part, but most cats will spend a lot of time looking out of the window during the day.

They don’t watch TV, so seeing what’s going on outside is about as interesting as it gets. They might even have a chatter at some birds or taunt other cats.

They Burn off Some Excess Energy

All that sleeping and relaxing doesn’t come without the occasional burst of energy. Ever seen your cats run up and down stairs or chase something like crazy for a few minutes?

This is them burning off some built-up energy. Cats have a lot of fast-twitch muscles and will feel the need to use some explosive energy at times.

They Eat and Drink of Course

I hope you left some food and water out because if you’re out 8 hours or so at work your cat is going to want something to nibble on and some fresh water to drink.

Unless you have a cat like one of mine, she eats everything and anything the moment I drop it in her bowl. But my other cat is a grazer and likes to visit her bowl several times a day.

They Learn to Expect You Home

Cat’s may not greet you with the same enthusiasm as a dog does when you come through the door, but they are happy to see you – trust me.

They also have body clocks and that intuitive sense of what’s happening and at what times of the day. So if you return at the same time each day they will be well aware you’re due, whether or not they show it.

Is My Cat Bored During the Day? 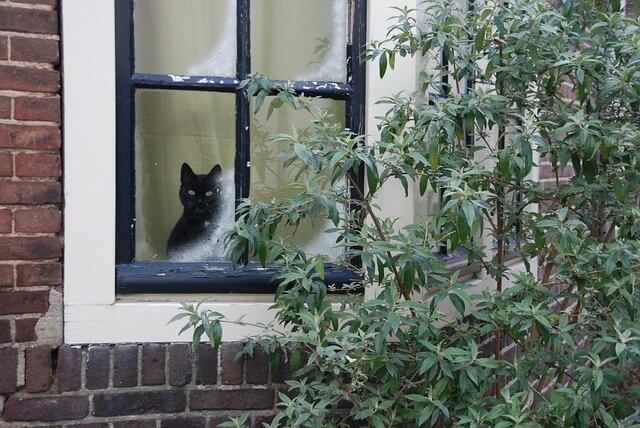 Cat’s are great companions for people with busy lives and while they don’t need the kind of attention a dog typically does, they do need some stimulation and love social interaction.

If you’re concerned your cat is getting bored during the day when you’re out, here are some signs to look out for:

They Are Too Lazy – I mentioned above that cats sleep 12-16 hours a day, and some cats will naturally sleep even more than this especially if they are elderly.

However, if your cat is really lazy and sleeping or laying down almost all day and night this is usually a sign that they’re bored and becoming demotivated.

Their Coats Are in Bad Condition – When a cat’s coat is starting to look scruffy or patchy due to over grooming or not grooming enough this is often a sign they are bored.

Giving them a regular brush and some fussing is often enough to get them back into a good grooming schedule and pick up their spirits.

They Are Overeating – It’s your responsibility to not give your cat too much food. But if you have a cat that’s gone from grazing on their food to eating quicker and asking for more, they might be eating due to boredom.

Having an overweight kitty is only going to lead to more issues so this needs to be addressed pretty quickly.

They Are Damaging Things – If your cat has started damaging furniture and objects around the home they are looking for some stimulation or attention.

I think you’ll agree than chasing and ripping up cat toys is a lot more mutually beneficial than ripping furniture or knocking things off shelves.

Ways to Stop Your Cat Getting Bored 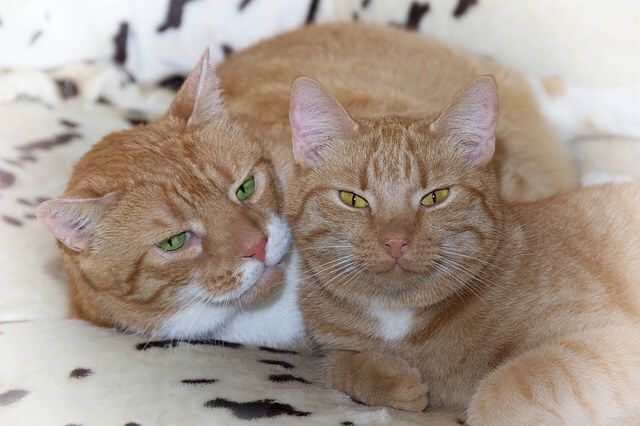 If you’re sure your cat is bored there are a few things you can do to help provide some stimulation while you’re out all day:

Get Another Cat – Having another cat around is the best way to prevent boredom in cats. Even though they may not interact much, cats love having other cats around.

Introducing a new cat in an established home can be a complicated process. I covered some tips to help to introduce a new cat easier and smoother here.

Build a Fun Area – Cat’s love exploring, climbing, being up high, and playing in general. So why not fork out for a really good cat tree, some toys, or build some obstacles for your kitty to play with when you’re out.

As I mentioned above cat’s love staring out the window during the day too. Set up a nice perch with a good view outside and see if they make good use of it.

Leave Some Background Noise – Some cats appreciate some background noise when they’re alone for long periods.

Keep to some soothing sounds of course and nothing that’ll disturb the neighbors. Maybe even some soothing wildlife noises or something like that on a loop on your iPod. See how it goes.

I hope this article has helped to give you a better insight into what your cat gets up too while you’re out all day.

Plus, some useful tips to help kill the boredom so you have a happy and healthy indoors cat that has a great day without you, and an even better time when you’re home.

If you enjoyed reading about what do cats do all day at home, I think you’ll enjoy some of my other articles looking into and explaining some of their curious behaviors!