Can Cats Have Chocolate Ice Cream? 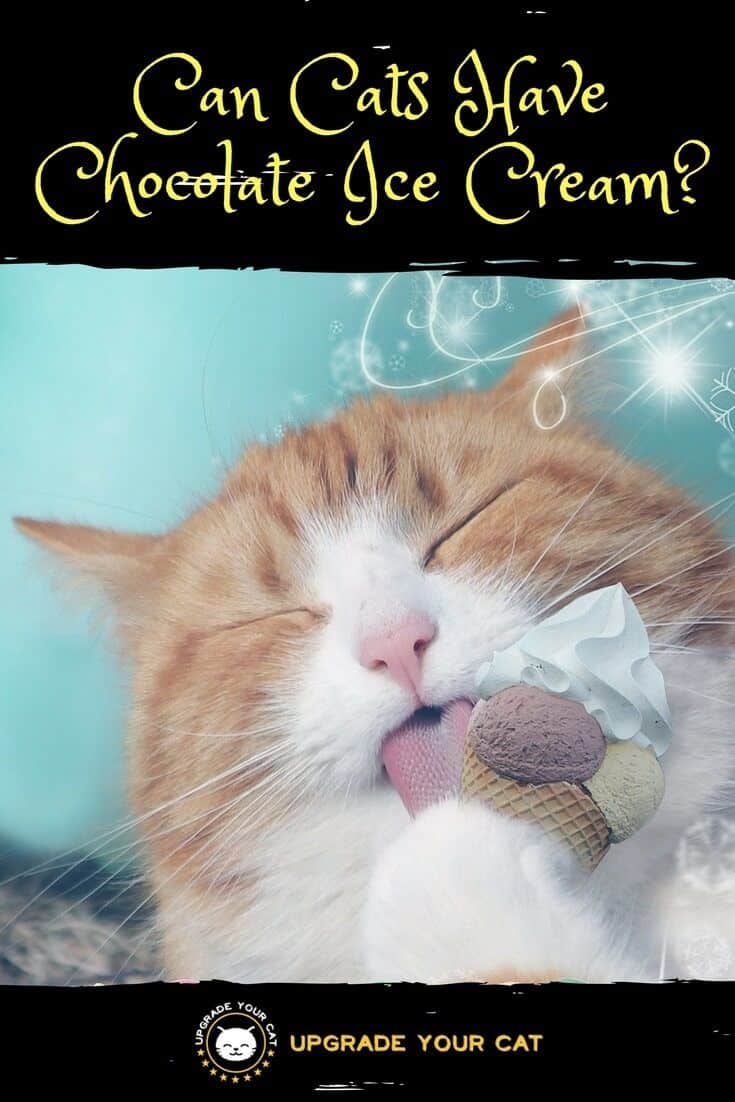 So you’ve gotten into the habit of letting your cat have a lick from your bowl after you’ve finished and you’re wondering, ‘can cats have chocolate ice cream?’

I have some good news and some bad news….

Chocolate, and ice cream for that matter are not good for cats and they shouldn’t be eating it. That’s the bad news.

The good news – a little bit is absolutely fine and shouldn’t cause them any health issues at all.

So, if your cat has gotten into the habit of licking your bowl, whether you are letting it or not – don’t panic.

Similarly, if you noticed your cat had eaten some chocolate ice cream from your bowl and you were racked with guilt that it may be ‘poisoned’, rest easy.

I can explain in a little more detail…

There are some ingredients in chocolate that are potentially dangerous to cats. The caffeine, theophylline, and theobromine are three of the major problems.

Theobromine is toxic to cats. That’s why it’s always said that chocolate is toxic for them. The other ingredients can cause some sickness issues too, so it’s just advisable they avoid chocolate.

Most cats will not just eat chocolate anyway. I’ve never seen any of mine voluntarily eat chocolate, they do have some survival instincts.

Chocolate ice cream on the other hand is a different story. Ice cream has milk in, so it’s very enticing for most cats and they will eat it if they come across it.

However, there is a lot less chocolate in choccy ice cream. Meaning it’s a lot less dangerous, and in fact, I’ve always let my cats have a little lick here and there without issue.

Being sensible, we should just not let cats get their hands on choc ice cream to be on the safe side. But as I said above, if they do eat some don’t freak out.

It’s not the sugar or the sweet taste that draws cats to ice cream like it is for most of us. They actually lack two of the proteins used for detecting sweet tastes.

It’s the fatty whole milk used to make ice cream they like. Cat’s enjoy foods high in fat, as well as milk and cream, so ice cream is an absolute treat for them.