Looking for an answer to, why does my cat wink at me?

You’ve landed on the right page. I love studying cat behavior and became interested in why cats wink with one eye, what it means when they blink at people, and how to better understand their mood from these cues.

I’m going to give you the bad news first. When your cat winks at you they aren’t ‘winking’ deliberately for the same reasons we do.

I’m sure that if they could give us a wink to let us know everything is fine they would. But they can’t.

The more likely explanation is that there is a little dirt or something else irritating one of their eye and they are blinking to clear it.

Another layer to this is that cats actually have a third eyelid. They have the two outer eyelids as we do, but also have another eyelid that moves diagonally across their eyes.

This third eyelid is called a nictitating membrane. It acts as an extra layer of defense against their eye being scratched and makes it easier for them to clean dirt of out their eyes as they can’t use their hands like we do.

Is It Normal for Cats to Wink?

There is nothing to worry about if your cat has the occasional wink. As I explained above, it’s almost certainly their way to clean something out of their eye that’s irritating them.

If they start winking persistently, however, there may be another issue they need some help with.

Is their third eyelid showing? This is often a sign of an infection. Are they trying to paw at their eye too? This is also a sign that something is bothering them.

A trip to the vet for a checkup if your best option if you have any concerns. There are some serious eye diseases cats are susceptible too, so it’s always worth getting them checked out if they are winking or blinking a lot.

What Does It Mean When a Cat Blinks at You? 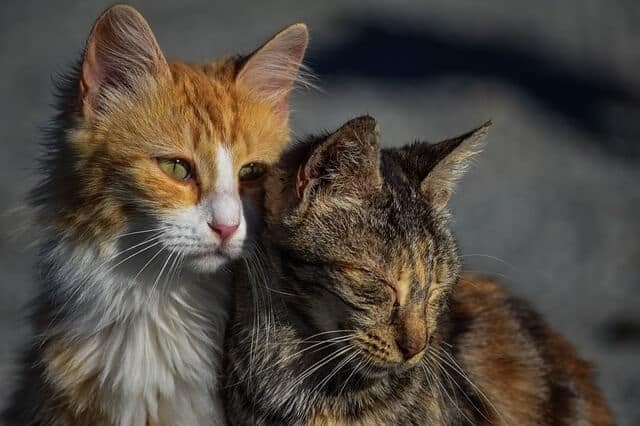 A blink is different to a wink. Both in that it means your cat is using both eyes when blinking, and in what it means.

The common answer is that it’s a cats way of saying they love their owners when they slow blink at them.

I’m a fan of this theory (because my cats blink at me), but there is a little more to it than just this.

In the wild when a cat trusts the other animals around them and feel comfortable they will blink slowly or close their eyes because they don’t see any danger present.

This translates to the modern day domestic cat blinking at you. It means they feel completely safe, secure, and know they can close their eyes.

So it’s a showing of affection in that regard. Not quite as strong as saying they love you, but this is what cat owners have taken and been running with for as long as I can remember, and sounds fine to me.

Do Cats Blink to Say ‘I Love You’? 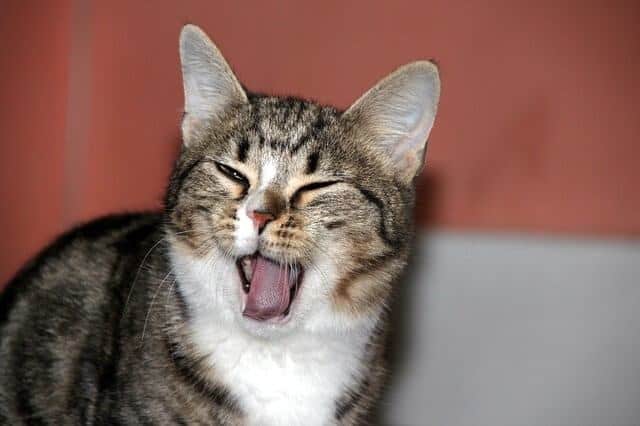 I answered this above but added it here under the heading of a question to save time if you’re searching this exact question.

It’s a yes and no answer.

Yes, if a cat blinks at you, especially if it’s a slow blink, it means they feel comfortable, secure, and safe in your presence.

No to meaning they ‘love’ you. That’s a bit of a stretch, although having a cat feeling completely secure with you is about as good as it gets.

Plus I’m sure your cat does love you. It’s just that they aren’t going to tell you by blinking at you – that’s all I’m saying here.

It’s fun to try it out with your cat though. When you catch their gaze (without staring as this can intimidate cats), blink slowly yourself and see if your cat reciprocates.

Why Does My Cat Stare at Me Without Blinking? 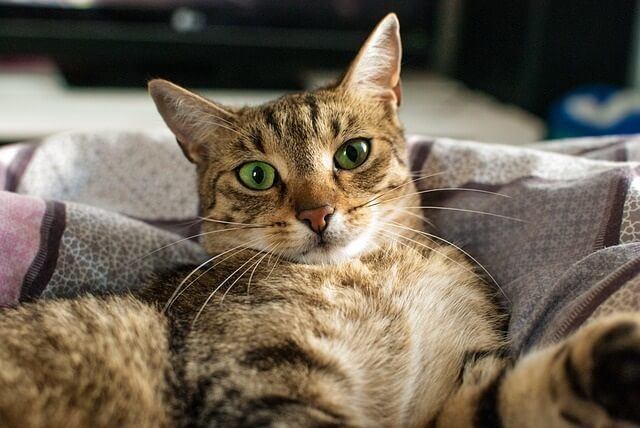 There can be a number of reasons why a cat stares at you without blinking.

The most common reason is that they are interested in what you’re doing and carefully taking in what they are looking at.

You may not feel like you’re doing anything interesting or different, but cat’s see and interpret things differently than we do so it’s hard to say exactly what they are interrupting from your actions – but they are interested.

They may also be trying to get your attention. Cats do this by looking at us in the eyes, but they can’t often follow up by telling us exactly what they want.

That’s up to you to figure out. Is it time for them to eat? Has it been a while since you showed them some attention?

Why not give your cat some fussing and see if you can find out what they wanted to get your attention for.

The rule of thumb, however, is that cats are not relaxed and happy if they are staring at someone.

This doesn’t mean they are in a bad mood or being hostile. But it almost always means they want something.

1 thought on “Why Does My Cat Wink at Me? (The Surprising Truth)”