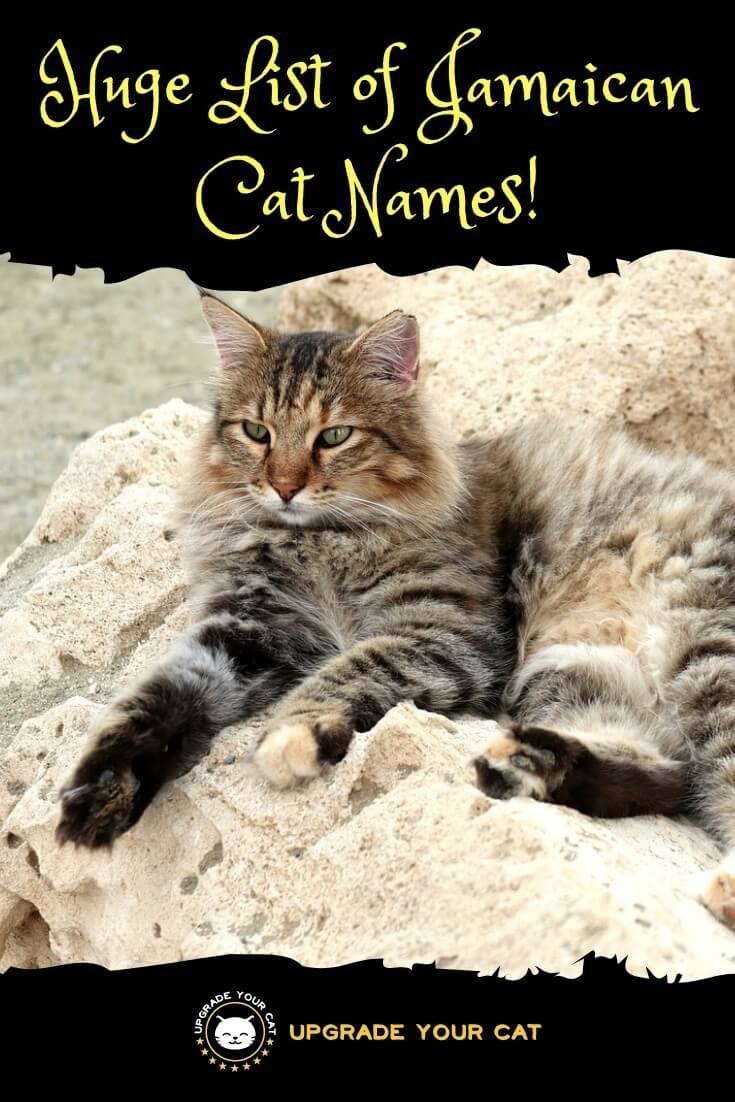 Jamaica is a beautiful island. I’ve been there once, had a great time and would love to go back one day.

If you’re also a fan, are Jamaican, or maybe you are looking at your cat and just think he/she deserves a Jamaican name – you’ve landed on the right page.

I’ve done some research and put together a list of Jamaican cat names, both male and female. So, you can have a bit of that Jamaican feel in your home when calling your kitty.

The best thing is that so many Jamaican words, places, and popular names are perfect for cats – or any animals for that matter.

Take a look, see what you think. If you find the perfect name or have any suggestions I’d love to hear about it. Just drop me a comment at the end, thanks.

Albert – A town in Jamaica

Bob – After the legendary Bob Marley

Cruz – After the town Santa Cruz

Darliston – A town in Jamaica

Kingston – The capital of Jamaica

Lionel – A settlement in the south

London – After the Town Little London

Negril – After the famous Negril Cliffs

Osbourne – After the Osbourne Store settlement

Usain or Bolt – After the runner Usain Bolt

Alexandra – After the town Alexandria

Anchovy – After the town Anchovy

Balaclava – After the town of
Balaclava

Bethel – After the town of Bethel

Clare – After the town of Claremont

Elizabeth – After the Parish of Saint Elizabeth

Gayle – After the settlement in the North

Hope – After the fishing village of Hopewell

Lucea – After the coastal town of Lucea

Martha – After the Martha Brae River

Mavis – After the Mavis community

Savanna – After the Bull Savanna settlement

If you’re still searching for the perfect name for your cat, check out these lists of Black cat names, Disney inspired cat names, or Asian cat names.

If I’ve missed any names you think should be on the list, or maybe you have something else to add to the topic? Just drop me a comment below, thanks!