Neosporin is a Triple Antibiotic Ointment that’s very effective at keeping small scratches and wounds clean, free from infection, and speeding up the healing process.

While it works wonders for us, is Neosporin safe for cats?

Strictly speaking Neosporin is safe for cats when used properly and in small amounts. However, I personally wouldn’t use it as there are much better options and fewer risks to doing so.

So, if you’ve used it before don’t stress about it. But I can explain why there are better options going forward if you have a kitty that picks up a lot of cuts and scrapes.

Is Neosporin Safe for Cats?

It is safe when used in small amounts as mentioned above. I’ve spoken with vets about this however and had mixed answers back.

There is the one school of thought that Neosporin is fine in small amounts and will help prevent a wound from becoming infected.

There is also the school of thought that says, “why use Neosporin when there are better alternatives?”

What Can I Put on a Cat’s Wound?

First of all, I have to give you the responsible (and sensible) answer. If your cat has a wound that needs treating you should be taking them to a vet so they can be seen to professionally.

If the wound is small enough that it will heal in a day or so what I usually do is give it a good clean and keep an eye on it.

If it looks like the wound is going to carry on bleeding and is more serious than a minor scrape I always take them to the vet after giving it a clean.

It’s better to be safe than sorry. Cat’s can easily infect wounds that are open, a vet will often use a little glue to stick the skin. Or suture it shut if required.

It’s then your job to stop the cat licking and biting at the wound which is the difficult part. Even with a head funnel on cats tend to find a way to either get at the wound, or give you that sad look until you help them!

My Cat Ingested Neosporin – What Should I Do?

The problem with using Neosporin on a cat’s wound is that they will lick at it. If you have another cat they may even help out by licking it too!

It’s not good for cats to ingest Neosporin, but it depends how much they have ingested.

If we’re talking about licking a little off of a wound you’ve treated then it’s nothing to worry about. Unless they have an allergic reaction of course.

If your cat is silly enough to have started eating Neosporin from an open tube (which is incredibly unlikely) then a trip to the vet to be on the safe side is in order.

Cat Licked Neosporin – What Should I do?

One of the reasons I mentioned above for not using Neosporin on a cats wound is because they will almost certainly lick it off.

I have heard of vets using a little Neosporin on a cat’s eyelid and near to their eyes to treat a small wound or an eye infection.

I would leave this to a vet or other animal care professional however. Cat’s have very sensitive eyes, you shouldn’t be trying to administer Neosporin to or around their eyes unless you’ve been directed to do so.

If you think they have gotten a little bit in their eye by accident wipe their eye with a soft bit of tissue and warm water to remove any trace of Neosporin.

Is Neosporin the Same as Bacitracin Ointment?

Neosporin and Bacitracin are not the same, although they are used for a lot of the same reasons.

You may also know Neosporin as a Triple Antibiotic Ointment which is how it’s commonly called. Often the reason for a person to use one over the other is how they react to the ointment or if they are allergic to one or the other.

If you’re not into traditional medicine you could also consider other alternatives to use for your cat, like Burt’s Bees Res-Q Ointment. 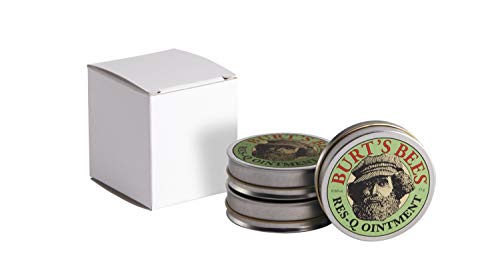 Cats like to lick their wounds, and if you notice that they’re licking all of the antibiotics off you may be better off using that.

1 thought on “Is Neosporin Safe for Cats?”