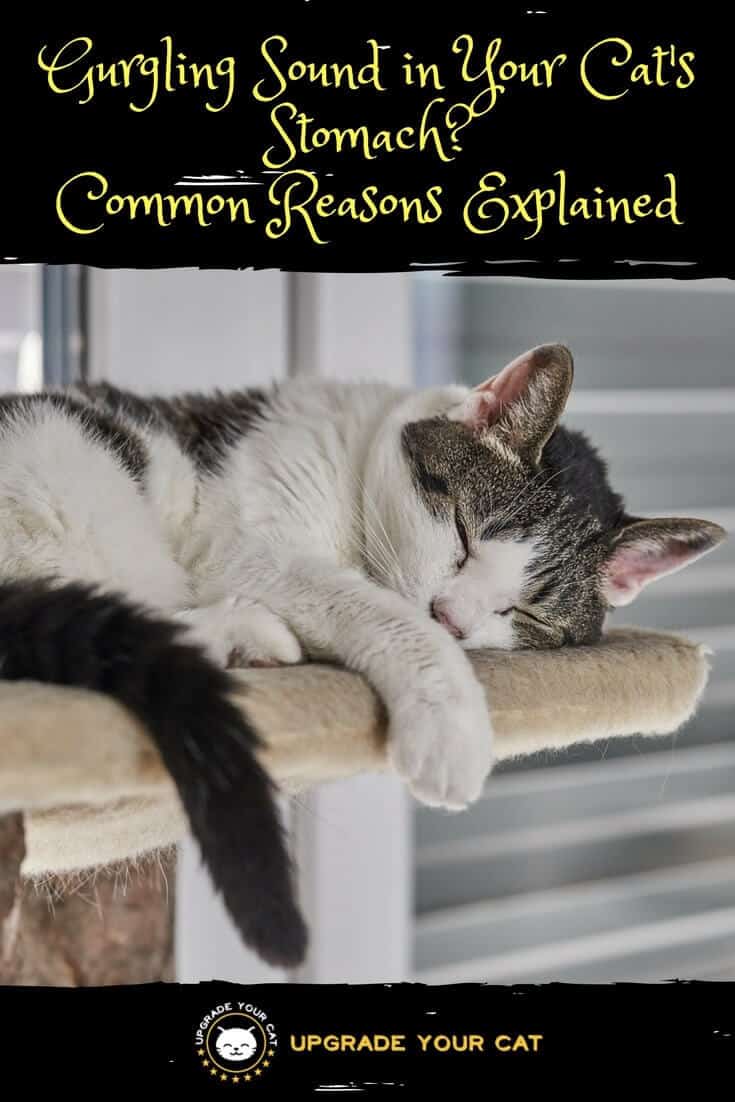 If you’ve been hearing a loud gurgling sound in your cat’s stomach don’t panic, there are some common reasons why this may be happening.

If your first thought is that your cat is hungry and it’s the sound of tummy rumbles just as you have, it may just be that of course.

You shouldn’t ignore stomach noises if you’re hearing them more often however. There are some possible causes that will likely need to be treated as I’ll explain in this article.

So, if you’re hearing gurgling noises often, or they seem to be louder than normal it’s worth investigating and making sure your cat is in perfect health.

Here are some of the usual causes of gastrointestinal noises in cats:

Parasites are probably the most common cause of stomach rumbles in cats. Kittens can get roundworms from their mothers while feeding on their milk, and adult cats often pick them up from other animals or eating contaminated food.

Your vet can carry out an examination of their fecal matter and tell you if/what parasites your cat has if this if your concern. They will then be able to advise you on the best treatment can it’s usually easy to treat.

If left untreated, however, intestinal parasites can and will make cats very sick. Some of the symptoms include; losing weight, diarrhea,  your cat vomiting, and a host of other uncomfortable conditions for your cat. 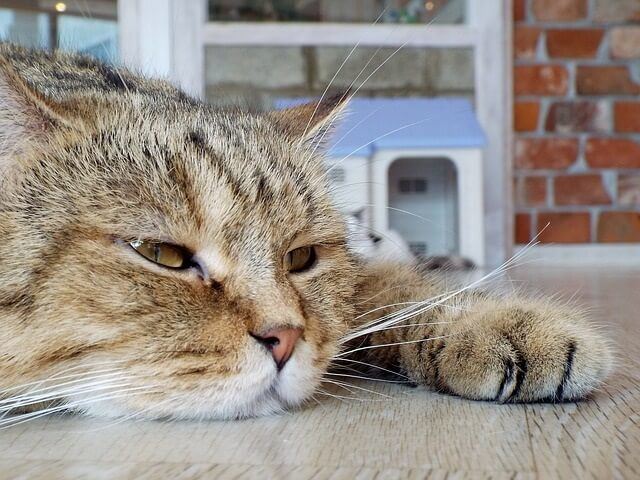 I covered how to treat constipated cats in this article. As well as how to use olive oil to help as a home remedy before taking them to a vet.

Feline constipation is not something to ignore. If you hear those gurgling sounds and think it’s due to constipation do something as soon as possible.

Cats coughing up hairballs is never a nice sight, and stomach gurgling might be an indication that they have one building up.

A cat will rarely need help passing a hairball. However, if they have excessive noises coming from their stomach or are showing signs of being constipated you need to step in.

Before visiting a vet there are a few things you can do to help as I covered already. Brushing long fur cats or cats that shed a lot is also a huge help and something to do going forward. 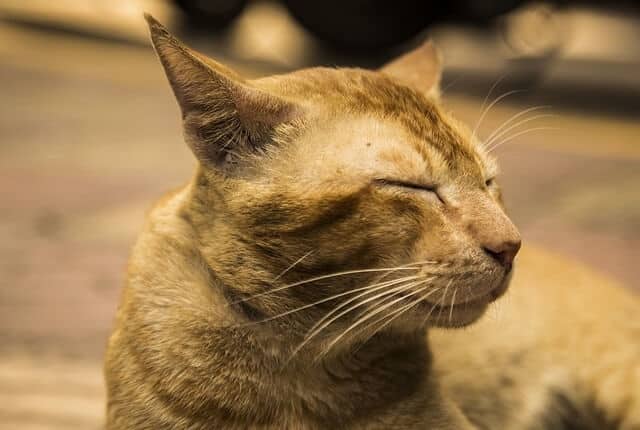 I had a cat with Inflammatory Bowel Disease so this is one I know well. Gurgling sounds from her tummy was one of the symptoms and I had to switch her to a special diet of hypoallergenic food.

IBD can cause vomiting, weight loss, diarrhea, and a lot of the other symptoms you’ve been seeing mentioned here. The main difference is that IBD can only be identified for sure with a biopsy.

Then you can start finding out the best way to treat your cat following the advice of your vet.

Obstruction by a Foreign Object

Eating something that’s likely to cause a problem like a balloon or a large part of a toy is something we associate with dogs more than cats, but cats are curious creatures and can eat things that they shouldn’t too.

It’s usually things like string, thread, and polythene that get stuck in their intestinal system and cause them some serious discomfort.

It can be hard to know a foreign object is the culprit for sure without an x-ray. It’s something to keep in mind, especially if you suspect your cat has eaten something they shouldn’t have.

Are Squeaking Noises from Cat’s Stomach Different Than Gurgling?

If your cat’s stomach is making squeaking noises, it can be due to any of the issues I covered above. If you’ve just started noticing it don’t rule out an upset stomach or a reaction to eating different food too.

Just keep an eye (or an ear) on them closely for the next few hours to see if the noises are getting louder or more frequent.

Kittens have sensitive stomachs and will often make some gurgling or rumbling noises. If it’s not being accompanied by diarrhea or any other symptoms then the first thing to do is try changing their food.

If there are other symptoms or the noises persist then I’d recommend getting them checked out by a vet to be on the safe side.

Try not to worry though, intestinal parasites such as worms are common in kittens and will likely be the cause.

Keep in mind that over-the-counter worming meds are not always effective and do not kill all types of worm. So, if you’ve tried treating worms and the noises have not stopped, it may still be intestinal worms.

Hopefully those gurgling stomach noises or squeaking sounds coming from your cat is nothing more than a brief bout of gas or their digestive tract working normally.

If there is another issue however, I hope the tips and advice in this article help you get to the bottom of the problem. As well as giving you some reassurance that it’s likely not going to be something that a trip to the vet and some care and attention can’t resolve.

Tip – It doesn’t hurt to weight your cat and check they are at a healthy weight. It can be very deceiving how much a cat weighs with their fluffy coat, I know this from experience.