Why Do Cats Squeak at Birds? 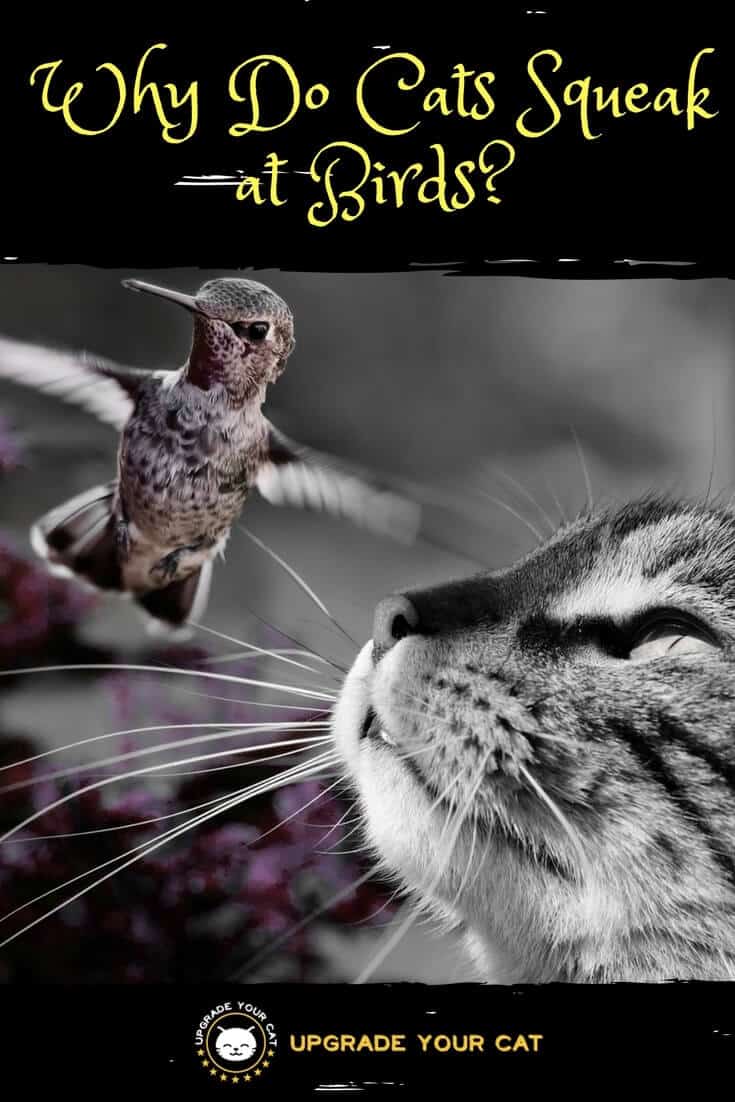 One of the curious things about cats is why they sit in a window watching birds and making a squeaking, or chattering noise.

But, why do cats squeak at birds? Or chatter as it also sounds.

As with a lot of feline behavior, cat and pet psychologists do their best to figure out why they do certain things, but the best we can do is make an educated guess.

Here are some of the reasons it’s believed that cats squeak and chatter at birds:

Frustration at Not Being Able to Reach the Bird

Cats hunt and kill birds. It’s in their DNA, they just can’t help it. So being trapped behind a window and not being able to stalk and attack the bird is incredibly frustrating for a cat.

You’ll notice that along with the chatter the cat will probably tense up, start edging forward towards the bird, and sometimes even raise a paw or two. They want that bird!

I’ve read some theories that cats are sending out warning noises to both the bird, and other cats nearby.

They are trying to make the bird aware that they are there and the bird is straying into their territory, even though they can’t get at the bird.

They are also letting other cats know that there is a bird near. Either to warn them away from their own catch or to ask help as they are trapped indoors.

The quick chattering of a cat’s mouth as it makes this noise is similar to the actions they take when they have the bird in their mouths.

It’s possible that your cat is mimicking this mouth movement because they can’t get to the bird to do it to them.

What Should I Do When My Cat Is Chattering at Birds?

You should leave them alone. Don’t let your cat out to chase the bird, that’s just not fair on the bird. Your cat should have a bell on their collar anyway so the bird escapes, but it’s just not necessary to scare the bird.

Don’t touch or stroke your cat either when it’s chattering. Leave them alone as they are no longer the cute, soft, domestic cat you know at this moment. They are listening to their predatory side.

Give them time to cool off. The bird will fly away, your cat will move on to something else, and the balance will be restored.