How Long till Kittens Open Their Eyes? What to Expect 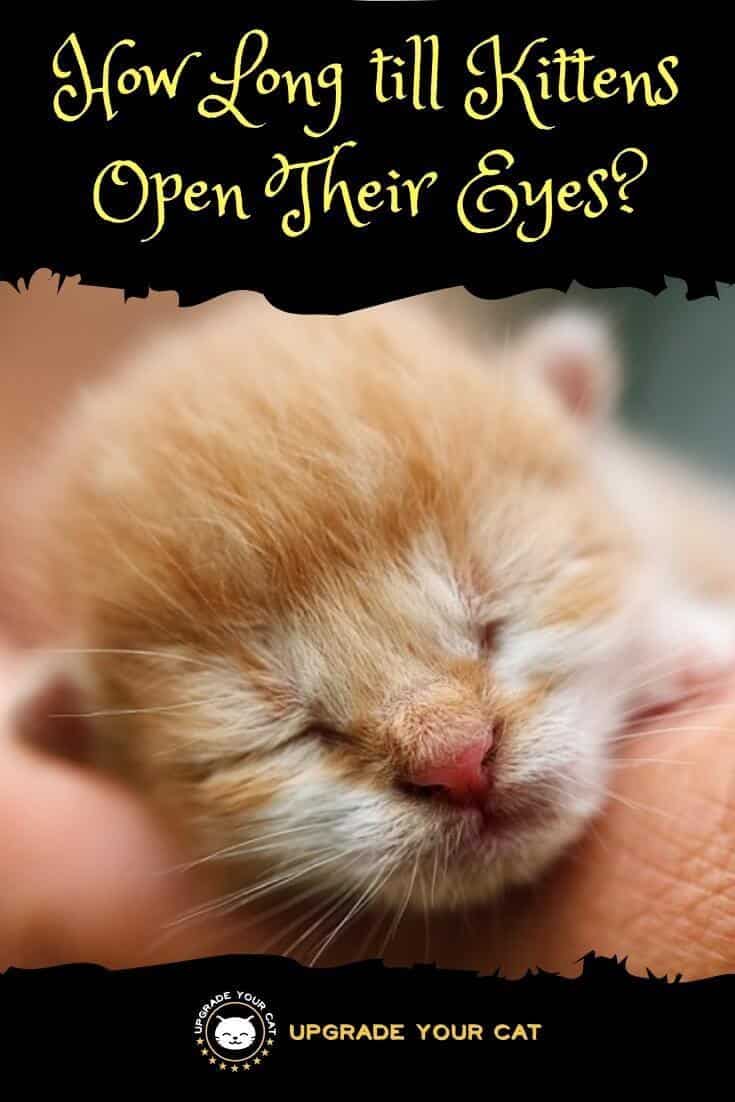 How long till kittens open their eyes? Kittens typically open their eyes between 7 to 10 days from their date of birth. They start by opening their eyes a bit at a time, and it’s around 10 weeks until their vision is fully developed.

Why Are Kitten’s Eyes Closed When They’re Born?

It’s a lot to ask of a kitten that they come into the world with their eyes wide open looking around! OK, on a serious note, kittens enter the world in quite a vulnerable state as you’d expect.

But it really doesn’t take long at all for them to develop all of their senses. This includes opening their eyes, (and their ears) and even become self-sufficient. Especially when you compare them to humans for example. We do enter the world with our eyes open, we have that over cats. But we take months, even years to hit the other milestones they do.

Within just 8 weeks a kitten will be causing havoc around your home. Running around, climbing your furniture, chasing anything that moves, it’s amazing really. So, don’t worry, you don’t have long to wait.

Back on topic. The main reasons why kitten’s eyes are closed are because they are too sensitive to light, and prone to infections when they’re first born. Like us, their eyelids are there to protect their eyes. So they remain closed until they are ready to start letting a little light in.

When a kitten first starts opening their eyes, if you’re lucky enough to witness it you’ll notice they open them a little bit at a time. They may even just open one eye at first. They’ll let little bits of light in until they feel ready to open them fully.

I detailed a timeline and what to expect as a kitten develops week on week from birth to 8 weeks here. Please check out that article if you’re interested in all the milestones you should be expecting as a newborn develops.

Is It Normal for Kittens to Open One Eye at Once?

While not exactly common, it is normal for kittens to open one eye at a time. In fact, I wouldn’t even be alarmed if a kitten opened one eye a day or two before the other. Just make sure there is nothing visibly restricting one eye from opening, such as sticky fluid or dried, crusty matter.

The important thing is that they open both eyes within a reasonable time frame and there are no signs of infection or other issues. All kittens develop at slightly different timelines. You can let them develop from a distance if their mom is taking care of them. It’s best if you interfere as little as possible in the first few days.

What Happens If a Kitten Opens Its Eyes Too Early?

Maybe this is a sign that these kittens going to be incredibly curious or independent. Either way, in most instances, is perfectly fine if they did this of their own accord. Obviously, their eyes are incredibly sensitive when they are newborns. So, make sure there are no bright lights or direct sunlight shining on their box or where they’re hanging out.

The ideal situation is that they open their eyes around 7 to 10 days like most kittens. However, if they open them earlier and there are no signs of infections or other problems,  it should be fine.

There isn’t a lot you can do if everything looks fine. You can take them to a vet to be checked out if you have any concerns, which is always a responsible thing to do. But once their eyes are open they are going to stay open.

Watching the last litter we had at home go through the first few weeks of their lives was simply incredible. I witnessed one of the kittens, who we called Tyson, open his eyes when I was chilling out watching them one morning.

I think he was 7 days old at the time and was shuffling around rubbing against one of his littermates. It was as if he decided to open his eyes to see who it was he was rolling into! A truly magical experience, and one I hope you get to experience too.

If your cat is expecting kittens in the near future and you’ve got more questions or want to know what to expect, please check out this post I wrote covering the stages of cat pregnancy.