Why Do Cats Jump at Cucumbers? 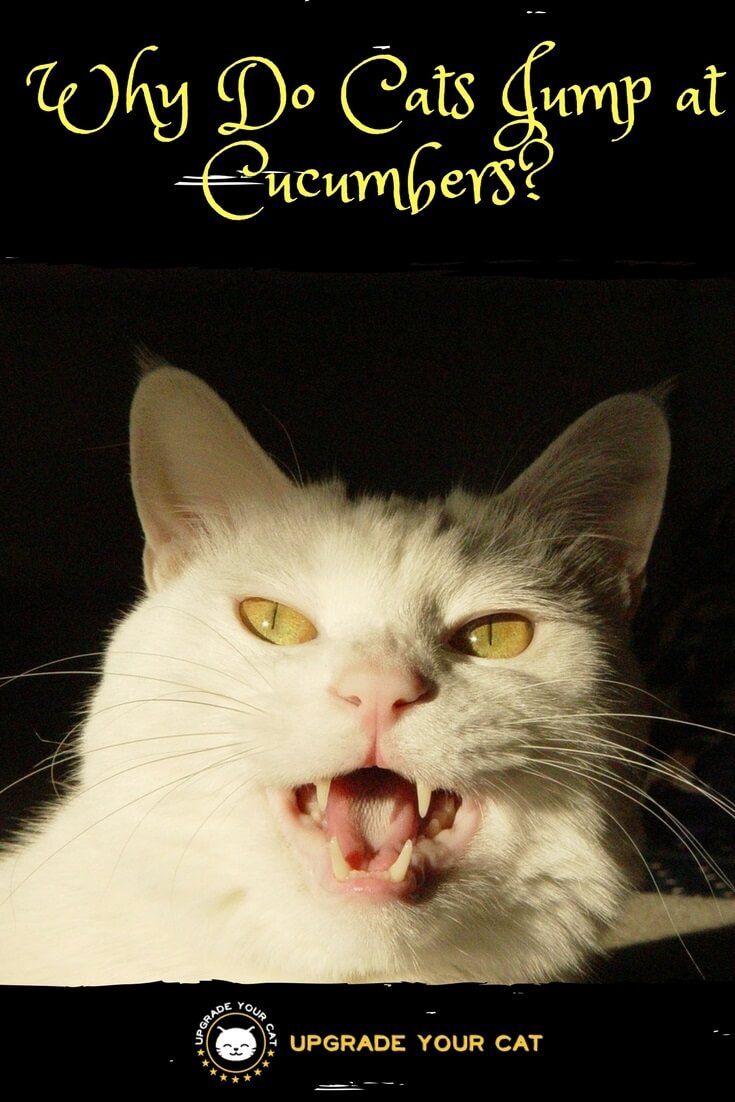 I’m sure you’ve seen the wave of videos sweeping the net showing cats jumping out of their skin when they turn around to see a cucumber has appeared behind them.

But, why do cats jump at cucumbers?

Before explaining the reasons why pet behavioral experts think cats are so scared of cucumbers, I want to reinforce that I don’t agree with trying this out on your own cats.

It’s pretty obvious it’s cruel and causes cats unnecessary stress. It’s triggering a reaction of fear, confusion, and stress, and isn’t cool or funny to me.

Anyway, back to the question of why cats jump at the sight of a cucumber, here are a couple of explanations:

This is pretty obvious, but for a cat, turning round to see a cucumber has been placed behind them when they don’t expect to see anything is quite shocking.

People doing this in the videos are carefully placing the cucumbers so their cat will be shocked, and getting the expected result.

It’s the level of shock that amuses people. Some cats jump a foot in the air, some run for their lives, and some raise their backs in a defensive posture.

A lot of pet psychologists think there is a good chance that almost any object suddenly appearing behind a cat will cause a similar reaction.

So it might not be that they are scared of cucumbers. Rather they are wired to jump and flee from anything unexpectedly creeping up on them.

They Think It’s a Snake

Cats are scared of snakes, and a cucumber looks a lot like a snake at first glance. They are long, thin, green, and a cat’s natural instinctual response is get a safe distance from it the moment they see it.

Why Are Cats Afraid of Bananas Too?

For all the same reasons I pointed out above. A banana also resembles a snake and presents the same kind of a shock when they turn around to see it has appeared behind them.

Zucchinis, courgettes, carrots, any other long vegetables, and fruits will cause similar reactions. I don’t recommend trying any, just take my word for it!

Are Cucumbers vs Cats Funny or Dangerous?

Like I’ve already mentioned, it’s not funny seeing a cat in distress to me. It’s also potentially dangerous.

Triggering a cats fight-or-flight response kicks their adrenal glands into producing hormones. This is why you will see cats needing to sleep or relax after traumatic incidents, particularly older cats as it takes more of a toll on them.

It’s also going to make them feel less safe in their own homes and damage their bond and trust in you.